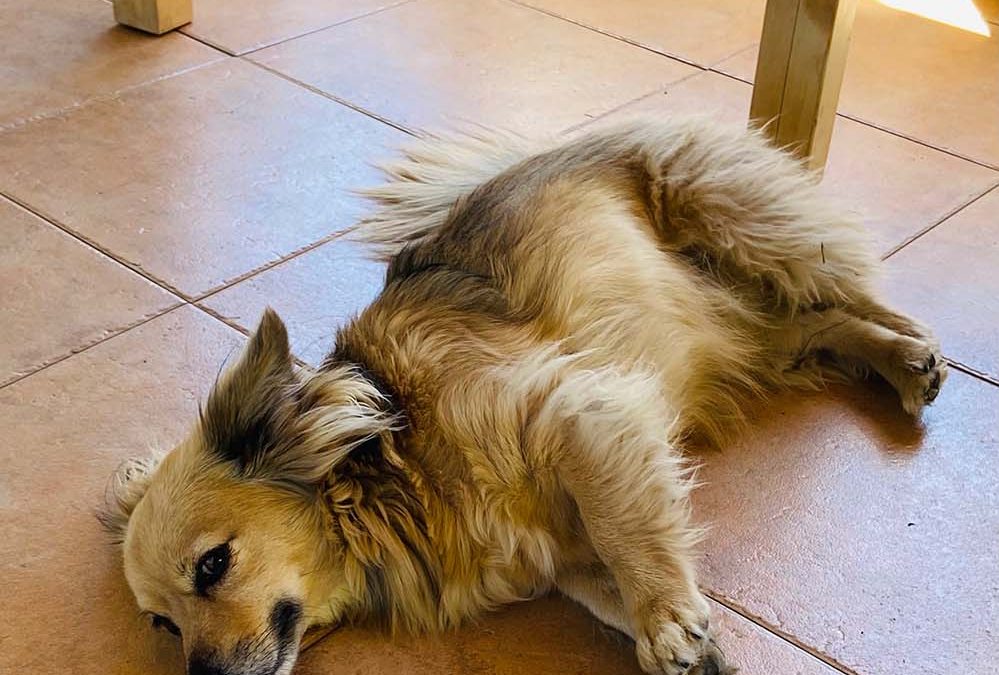 One of the most fruitful ways I know to generate stories is to take a walk.

Living in the south of Spain (in Andalusia), I’m very lucky to be surrounded by magnificent countryside; a sea that can be as calm as bathwater, rolling hills that get covered in a haze of color each spring, picturesque mountains, and vast planes that stretch out to endless horizons. It’s hard for my mind not to drift into fictional and dramatic realms when I’m out on two feet in such wonderful locations. I’d written all my life, but it was only when I moved to Spain in 2015 that I felt inspired to write long-form fiction. So thank you, España.

It’s hard, however, to walk and take notes – and my memory is appalling at times – so I tend to speak into the voice recorder app on my phone. I have a recording, from when I was writing Six Hard Days, from one such walk in the rocky hills above Casares that still amuses me…

It was just me and my little foxy-lady, Lola (we’ve since added Oscar, another mutt who I reckon is a mix of 75% Lab, 25% idiot – he ate a sofa once!) Anyway, there I was, 1,000 or so meters up, the sun belting down, me navigating a rocky path along the side of a valley and happily speaking into my phone. And then Lola sprints from behind me, under my foot, tripping me up. The recording lurched from me describing some dark scene, the characters’ motives and what was about to happen, to me yelping in pain as my backside made contact with the stony ground, and my subsequent four-letter exclamations at Lola who sat there wondering what her big monkey owner was complaining about.

That bit didn’t make it into the book.